A Pioneer in modern day Taekwondo, A forerunner for women in Taekwondo on an international level

Grandmaster Sell has spent a lifetime in the pursuit and promotion of Taekwondo. She began her training at age 14 in Michigan, USA. There she realized her love for the sport. Within two years, she was awarded her 1st Dan. Since then, has been a professional teacher of Taekwondo, an accomplished tournament competitor, an international referee, a Taekwondo performer, an ordained minister, and President of the U.S. Chung Do Kwan Association. 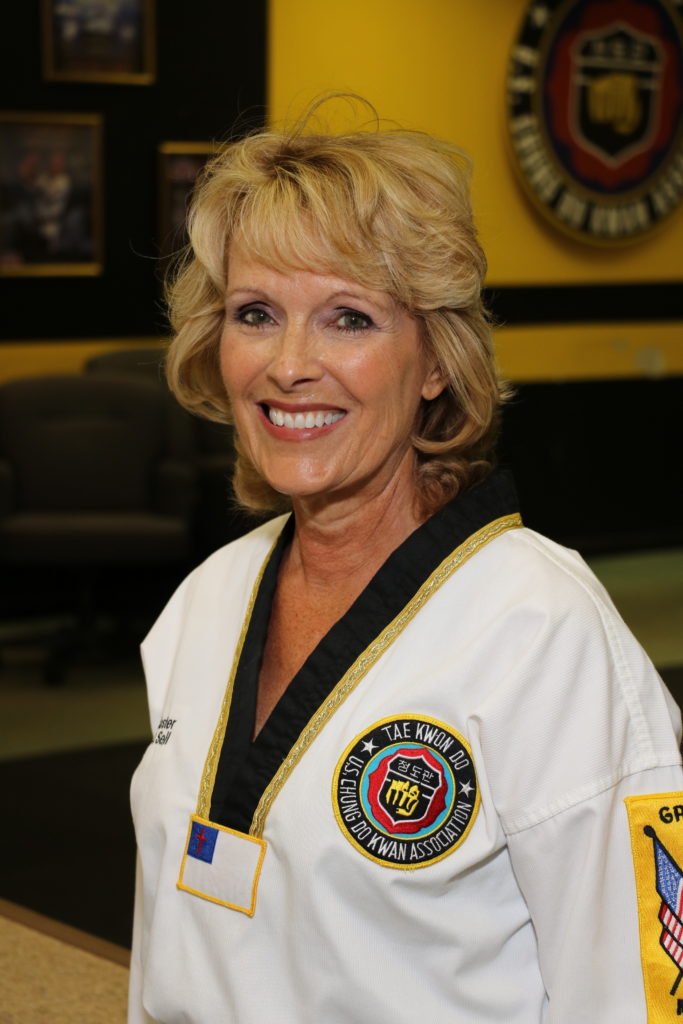 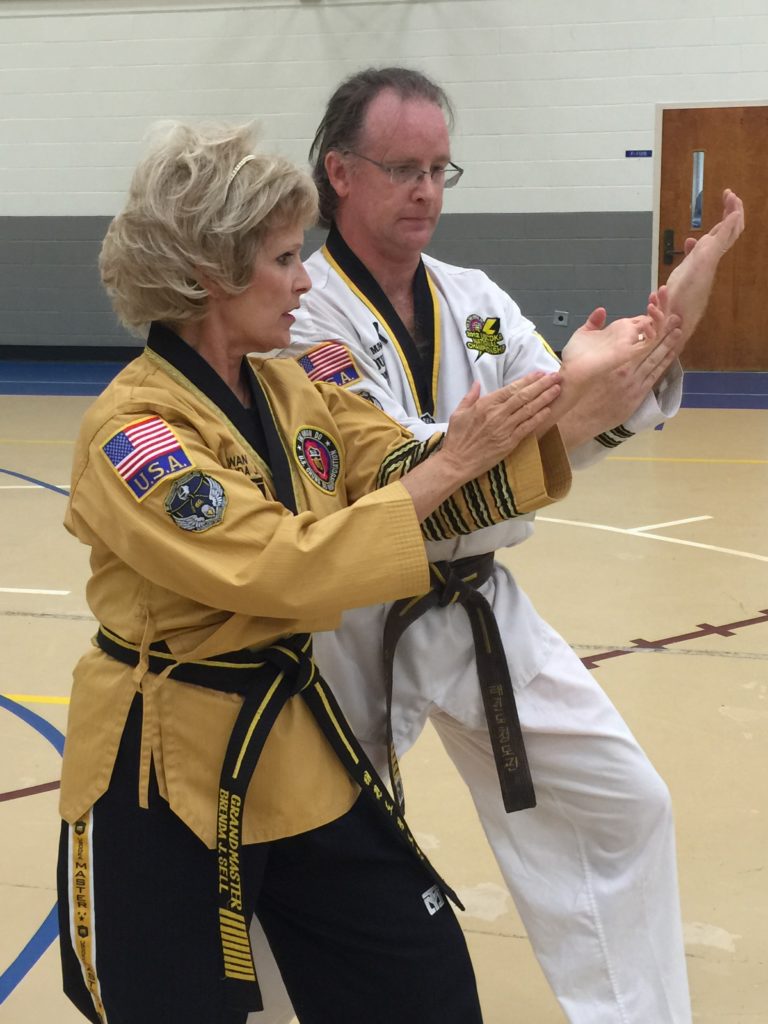 Grandmaster Sell has been teaching Taekwondo for more than 40 years

She taught initially, as in instructor at Senior Grandmaster Edward B. Sell’s school in Michigan, to providing training in Taekwondo seminars and conferences in schools and cities throughout the United States. She continues to teach at her own local school, The Sell Team Academy, each week.

Even though retired from competition in the late 1970s, she set the groundwork for women in Taekwondo competition

She competed and placed in many tournaments, many of them against both males and females. In 1983, she was honored for her accomplishments, and was asked by the Secretary General of the WTF to come to Korea for a demonstration of women’s competition at the Pre-World Championships. Her greatest accomplishment was becoming the first international female referee.

She was the first woman to pass the WTF International Referee Exam in 1977. Even though she successfully passed the exam, there was not a female division for competition. Female competition was a demonstration event only, and female referees were not accepted as official referees. It took ten years before women would be accepted and would be recognized in her position as an international referee. In 1988, , along with two other female referees became the first women to referee an international event, in Barcelona, Spain. 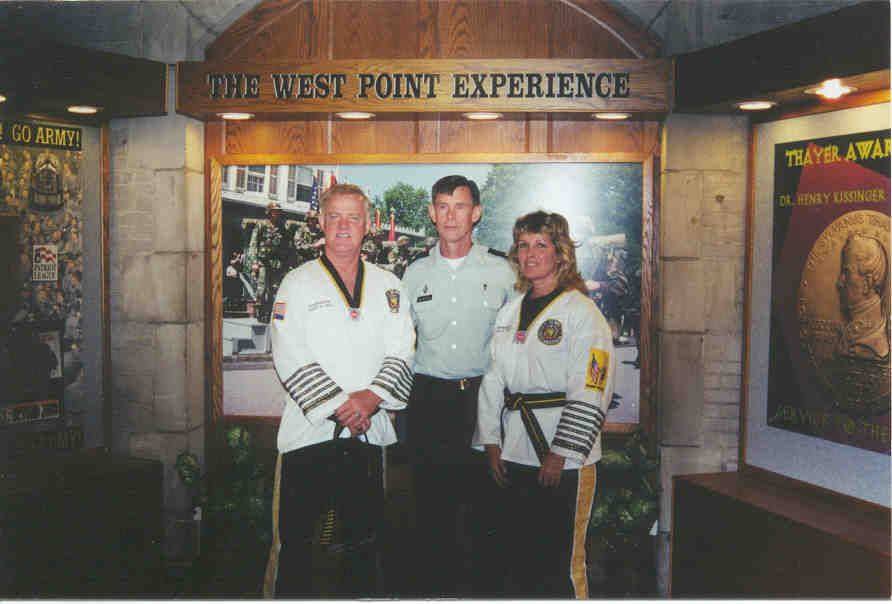 In 1981, Grandmaster Brenda J. Sell and her husband, Sr. Grandmaster Edward B. Sell created the Evangelistic Taekwondo Exhibitions. This non-profit organization is the framework for “The Sell Team.” This Taekwondo demonstration team uses their talents to present the gospel of Jesus Christ around the world. They have performed in military bases, schools, churches, West Point Academy and Air Force Academy.

Appointed Kwan Jang of the USCDKA

Grandmaster Sell would go on to take the position of Kwan Jang of the USCDKA in 2013. She has since dedicated her time to expanding and developing fellow leaders to create more trained eyes and ears effectively expanding the reach of the USCDKA, and ensuring a closer connection between her, and the school owners under her. 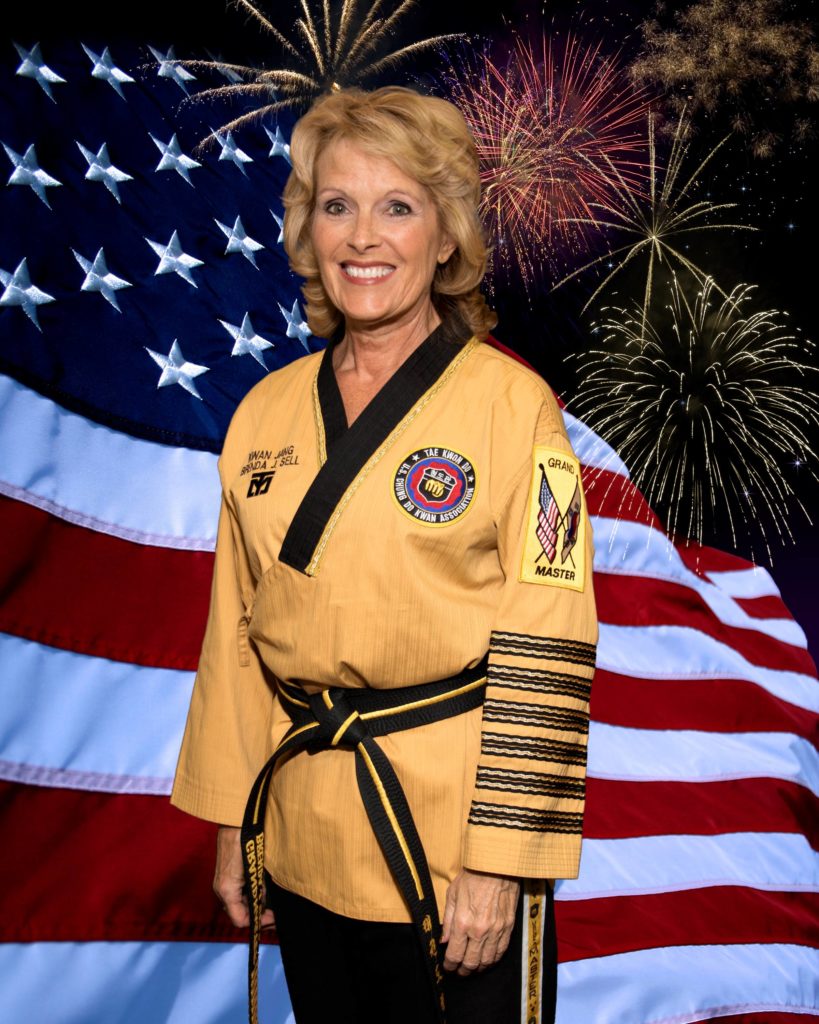 Each of us, at some point in our lives was “First”. Maybe “First” to finish your vegetables. “First” in a local, state, or national tournament. Being “First” simply means you did something that positioned you in a real, or even imaginary competition. Recently, the Baltimore Ravens proved they were “First” in the National Football League. But being “First” doesn’t mean that they were “THE First”. As time passes, we will remember to some extent the occasion of being “First”, but it is those individuals that were “THE First” that will be remembered by everyone long after we’ve forgotten who was first on a certain day.

Being “THE First” means that you have accomplished something no one else has ever done. By their achievement it has been proven that such a thing was even possible and now more important than anything else, opens the door to opportunities that never existed before. No one believed it possible to put a man on the moon, until someone was “The First”. No one dreamed you could climb Mount Everest until Sir Edmund Hillary proved it to be possible. Since these “Firsts”, many others have accomplished what was believed impossible because someone proved it could be done.

In the history of the Martial Arts, many accomplishments were only possible for certain individuals. Maybe they had to be of the specific nationality of the art, or maybe of a specific gender. Women, for the most part were never included in the possible advanced ranks or titles of the art. When a woman finally achieves these before unheard of accomplishments, it is monumental, not only for that particular individual, but for every other women in the world.

In 1977, Grandmaster Brenda J. Sell became “THE First” female to be awarded International Referee Certification by the WTF.

In 1990, Grandmaster Brenda J. Sell became “THE First” female to be promoted to the rank of 7th Dan by the WTF. 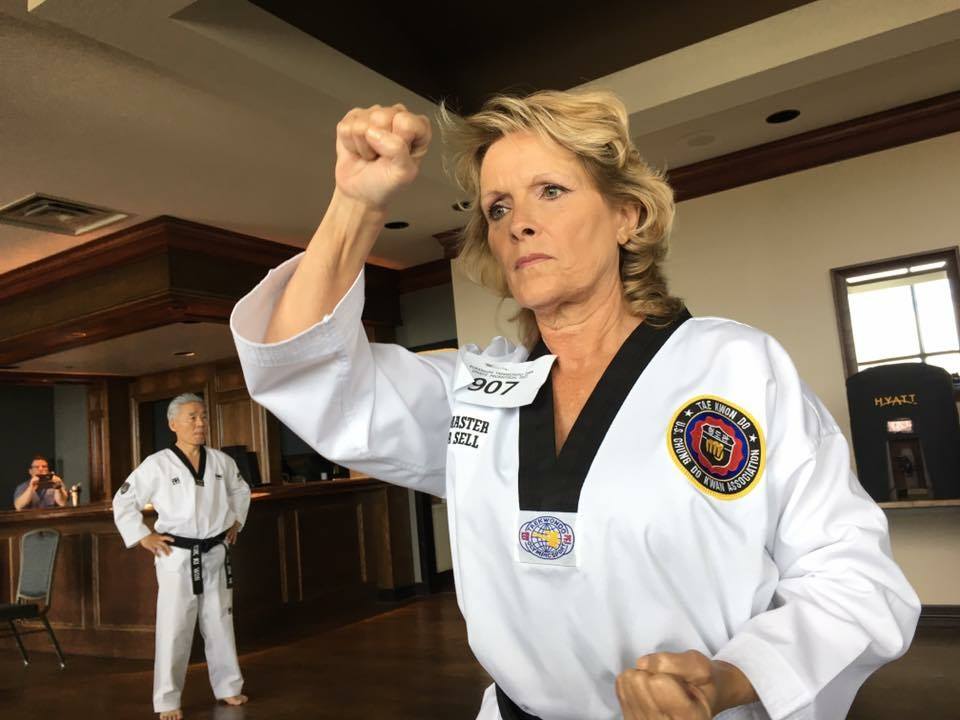 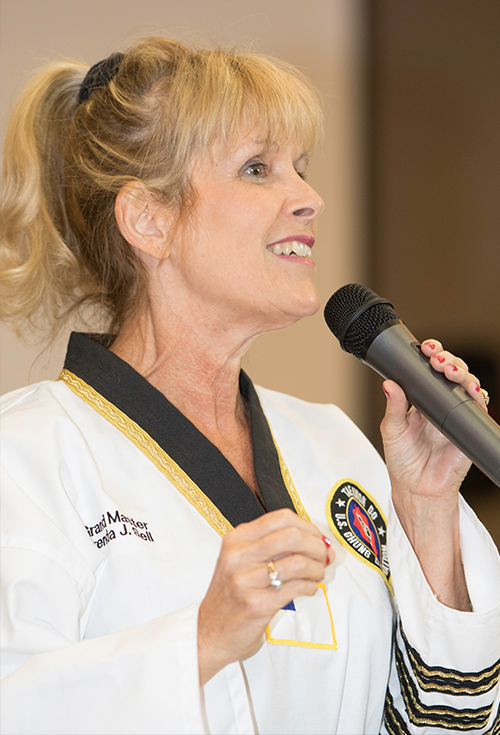 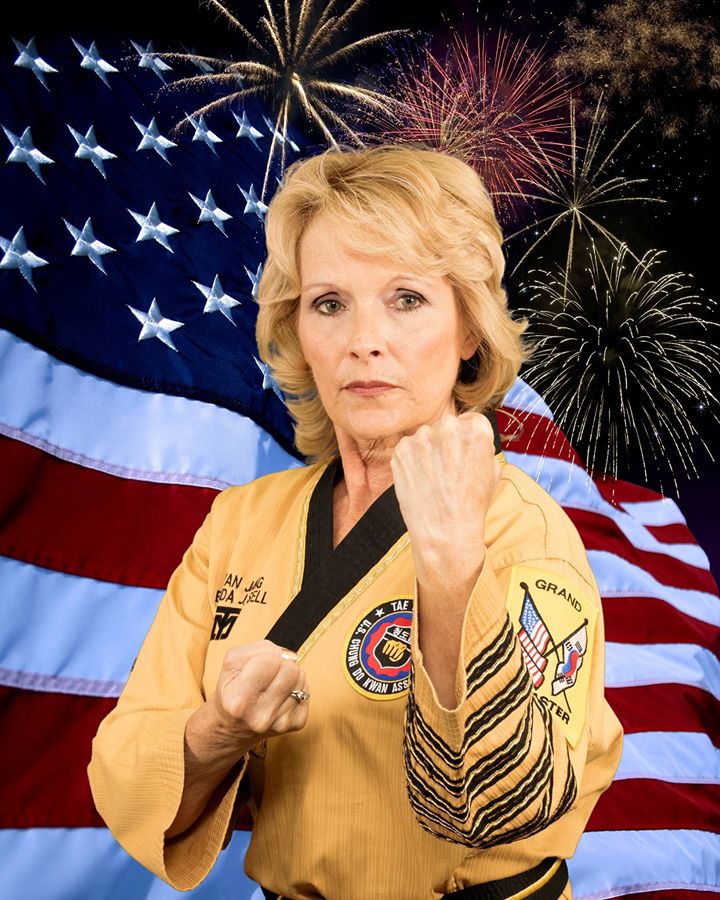 In 2003, Grandmaster Brenda J. Sell became “THE First” non-Korean Female to be awarded 8th Dan Grandmaster Ranking by the WTF.

It is important to remember, that prior to these accomplishments, no female in the history of WTF has ever achieved these elite certifications. By so doing, Grandmaster Brenda J. Sell opened a door that had been closed to female martial artists around the world. In reading the biography of Grandmaster Brenda J. Sell, it is clearly visible that along with being “THE First” in these areas, her accomplishments as a martial artist, and leader are many.

In 2017, Grandmaster Brenda J. Sell became “THE First” non-Korean female to be awarded 9th Dan by the Kukkiwon.

Grandmaster Brenda J. Sell has always dreamed of opening new doors for all women within Tae Kwon Do but when Sr. Grandmaster Park arrived, this was not on her agenda. It has always been her goal to do her best for her own personal development, her art, and the development of her students. It serves to remind us all that when we strive every day to reach a little higher, to try a little harder, that others do see, and recognize all that has been given.

When eagles soar, we can’t help but look up in wonder and awe. We shall forever remember the day we saw “THE First” eagle in our lives. We may see more, but none will hold the special place of “THE First”. Grandmaster Brenda J. Sell has again proven to be “THE First” for such world recognition. I’m not sure what other “Firsts” are in her future but I do know she will continue to lead the way for all women in the art of Tae Kwon Do, and for all members of the United States Chung Do Kwan Association.